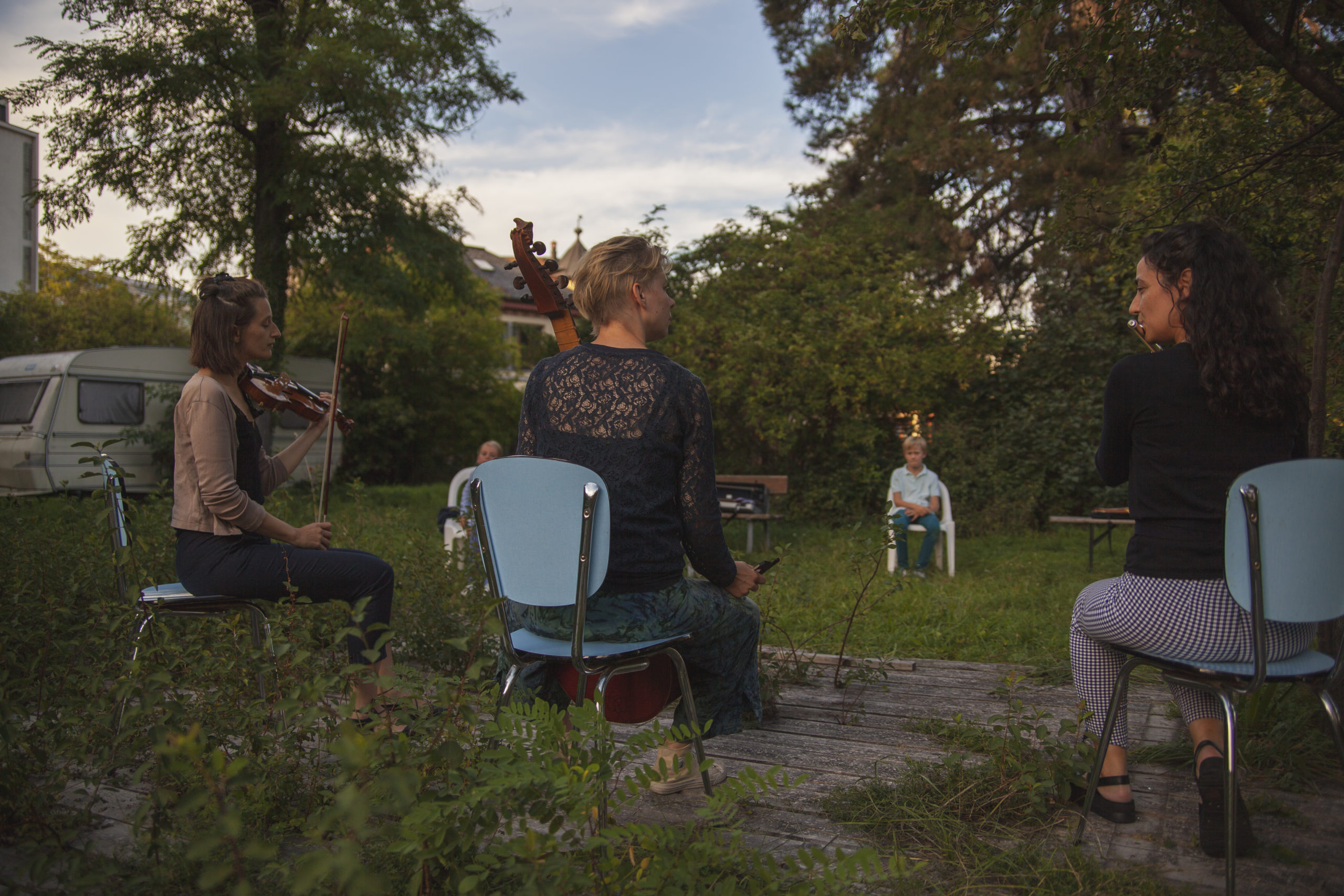 *straight line or plane that touches a curve or curved surface at a point, but if extended does not cross it at that point.

The music of the trio is an open-ended sonic space. Dense or broken, the sound surfaces and structures are continuous, oscillating between noise, drone and traces of folk music material, that remain rather distant associations. Three well-known acoustic instruments heard in tonal proportions far removed from what one would expect. Since each musician brings in a rich spectrum of tonal differentiation, there are many possible combinations. Gently but surely the three lead the listener into the interior of the sounds. Their music includes shaped chamber-musical structures, and silence is always an option. 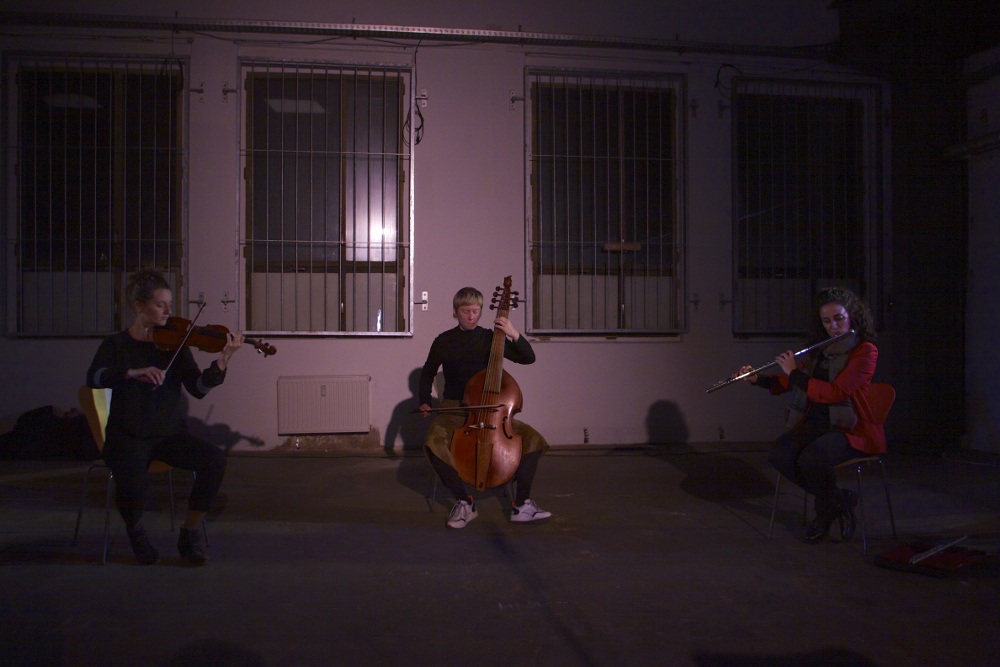